Cupra will put the dramatic Tavascan concept into production in 2024 with only minimal design changes.

The Cupra Tavascan is a compact SUV-coupe akin to Volkswagen’s ID.5 and Skoda’s Enyaq Coupe iV. Cupra had said that the production version would ‘remain faithful’ to the 2019 concept car, and it has delivered on its promise as the version showcased at the Cupra Impulse events looks similar to the concept—modern and futuristic. The front end is striking, thanks to the sleek headlamps and three triangular elements housed within. It appears classy with smoothly flowing lines, a large lower air intake, and an aggressive bumper design.

The Tavascan’s silhouette has been marginally straightened out, and its front end appears production-ready. Moreover, the roofline of the Tavascan has a coupe-like effect with its downward slope. In fact, in some ways, it is reminiscent of its cousin, the Skoda Enyaq Coupe iV, which also features a coupe-like roofline. However, the rear bumper isn’t visible; a sharp element behind the rear wheel hints that the bumper could sport an aggressive design.

The proportions of the Cupra Tavascan appear chiseled, and Cupra has retained the futuristic and quirky styling of the concept as much as possible.

While no details of the production version have been given, the Tavascan concept featured a dual-motor 302bhp electric powertrain, with an output similar to the Volkswagen ID 5 GTX. It also uses a 77kWh battery to offer a range of around 280 miles. 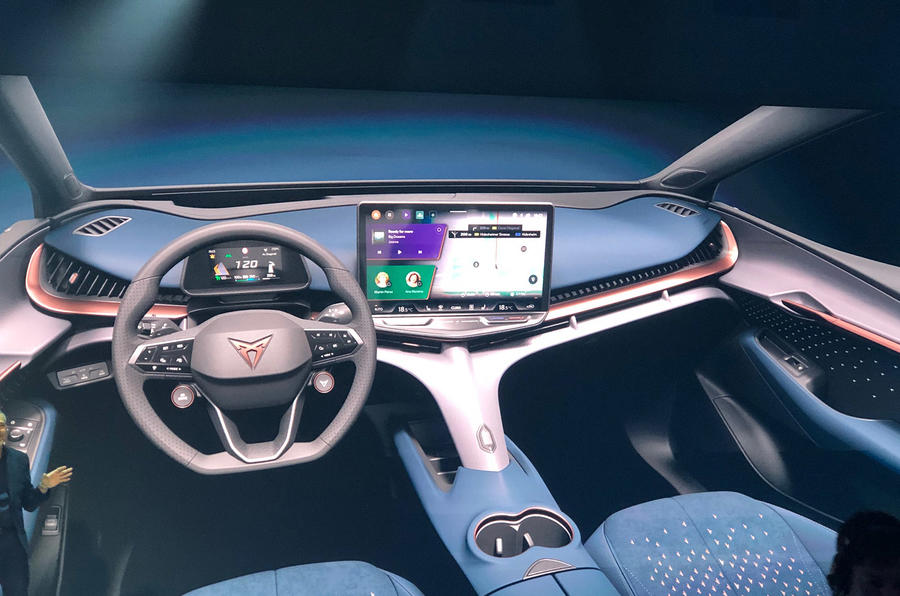 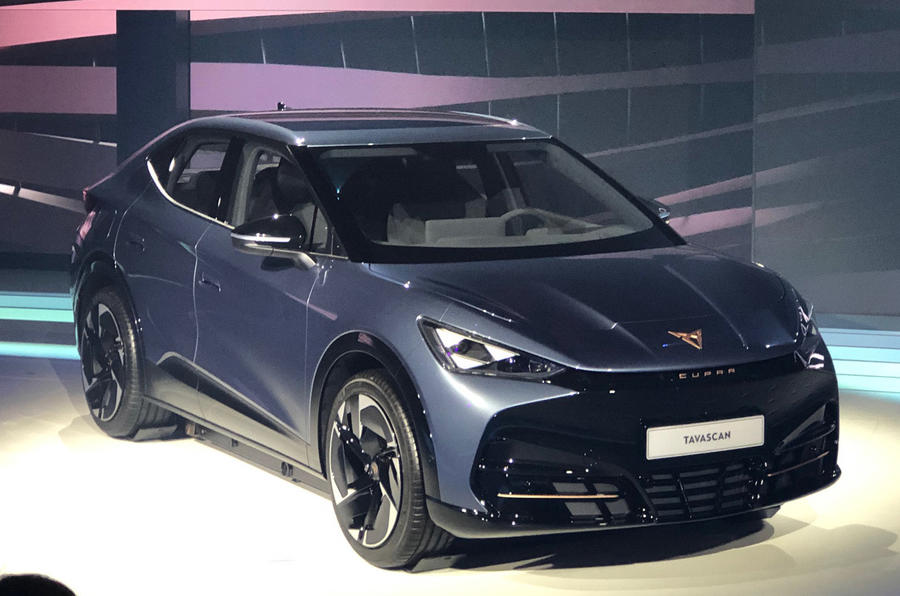 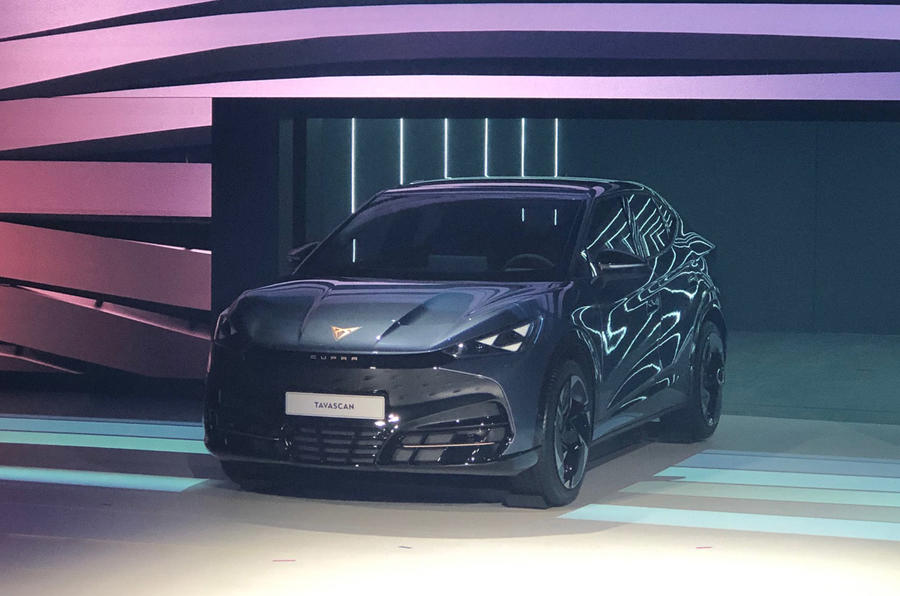 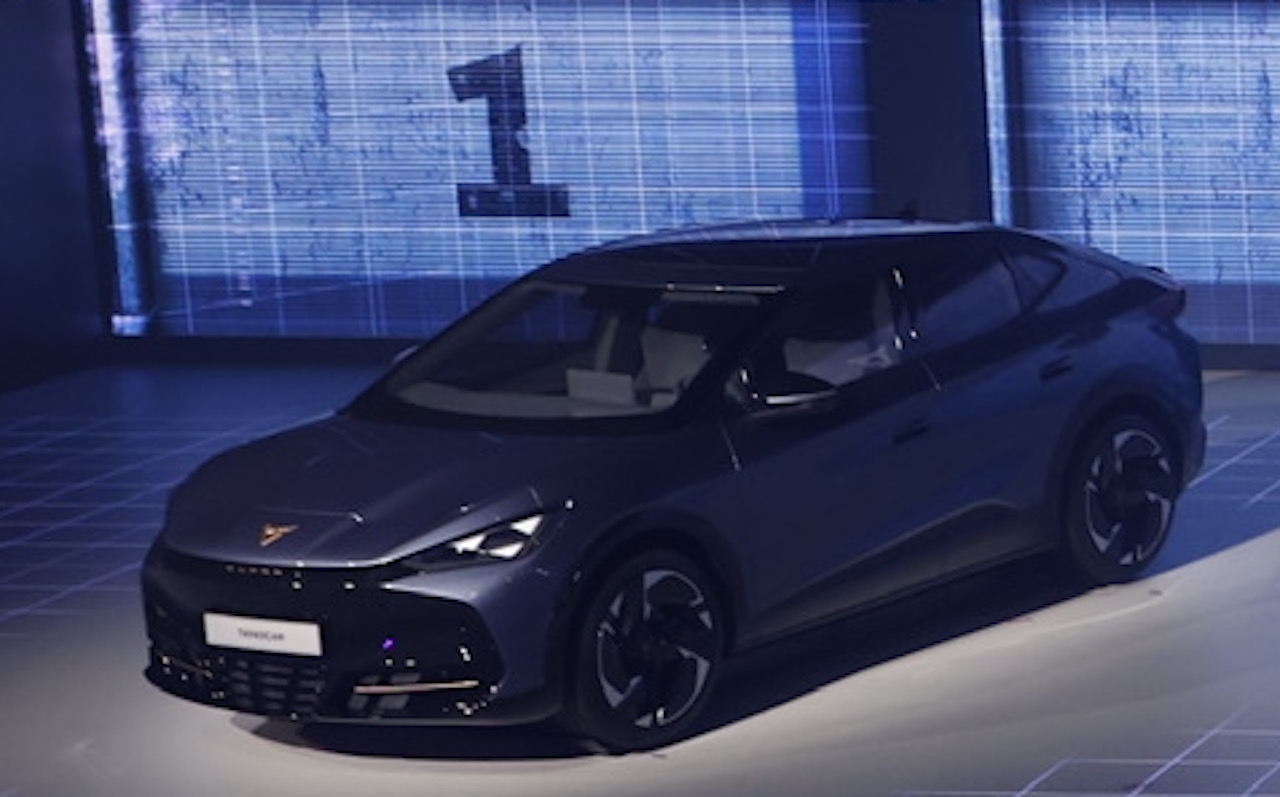 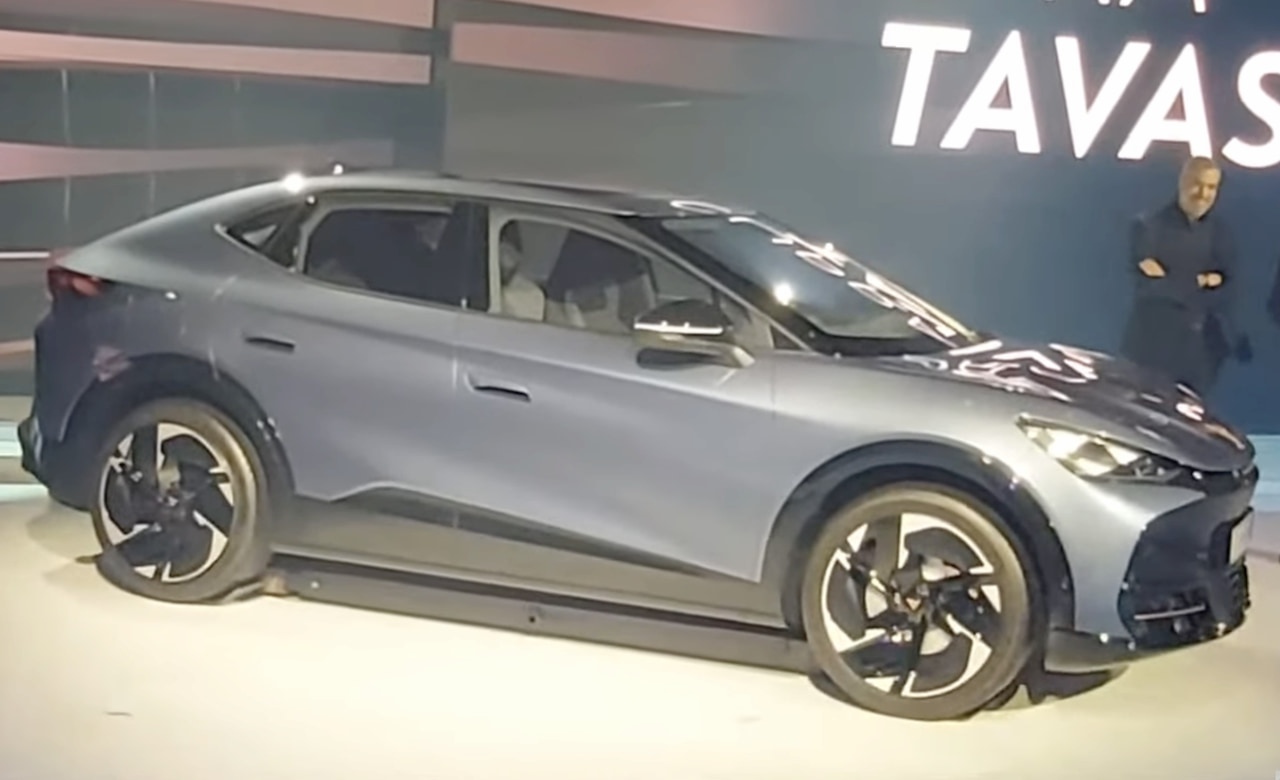 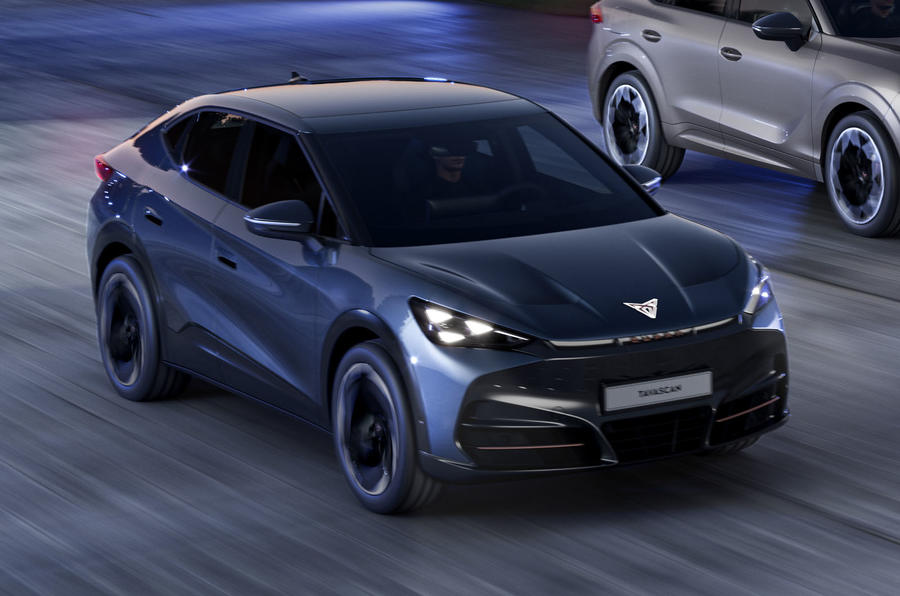